Natural Deodorant - Making It Work for You

Today, we’re going to explore the many options you have with natural deodorant. Whether you want to make your own or buy some pre-made organic deodorant, you’re in for a treat. First, let’s take a quick glimpse at why we started using deodorant in the first place.

Why Do We Use Deodorant - A Quick History

If you’ve ever been in a room full of other people in the middle of Canadian July, and it’s sweltering outside, you’ll know why we use deodorant. No one is immune to body odour, especially when the mercury rises.

This wasn’t always the way of thinking, though. Up until the late 1800s, deodorant wasn’t something people purchased regularly. In the Victorian age, no one discussed sweat, bodily smells, or any other natural functions. It was just part of life and the circumstances given.

To remain stink-free, people would bathe as often as they could, and then douse themselves in cologne and perfume to mask their odours. If someone sweat prolifically, there were cotton pads known as dress shields that could be used in the armpits of clothing.

That all changed in the summer of 1912 at an exposition in New Jersey. Developed by medical professionals, a new deodorant and antiperspirant was making waves and quickly grew in popularity. Women were the main customers as they were afraid of the social ramifications of body odour. 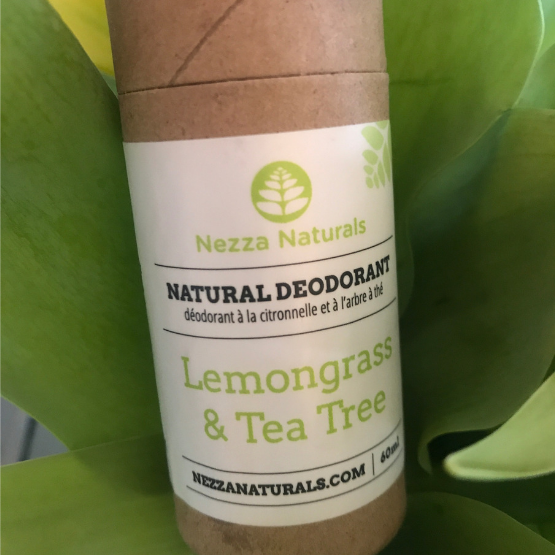 How Does Regular Deodorant Work?

Would you be surprised to learn that it isn’t actually your sweat that causes the scent in your underarms?

The smell we associate with sweating is brought about because your perspiration mixes with the natural skin bacteria in your underarms, which results in a strong and sometimes unpleasant aroma.

When you use deodorant, it often has scents in it that can cover up the smell of sweat. But there’s more happening here than you might think.

Deodorants have ingredients in them that work to kill the odour-causing bacteria on your armpit skin. When you rub the deodorant under your arms, these ingredients get to work, ensuring you won’t be walking around offending everyone with your scent.

Some deodorants also contain antiperspirants that help to minimize the amount you sweat. Antiperspirants contain ingredients that form a gel when they encounter electrolytes in your sweat. This gel forms a barrier in your armpit that blocks your sweat glands, preventing you from perspiring.

Unfortunately, many of the ingredients in traditional deodorants and antiperspirants can cause problems for sensitive skin. There’s also sustained debate as to whether these ingredients are safe. Sweating is another of the bodies natural functions for removing toxins from it’s system. Why would you want to mess with a healthy function??

Don’t sweat it, though, because there are great natural alternatives!

What Is In Natural Deodorant, and What Makes It Effective?

Natural deodorant is a great alternative when you have skin issues or if you want to avoid ingredients known to be harmful or even toxic. You will not find natural antiperspirants, however, because there’s obviously no aluminum in natural products.

Natural deodorants work in much the same way as traditional deodorant options. They contain ingredients that neutralize the odour-causing bacteria in your underarms to prevent the smell from occurring. 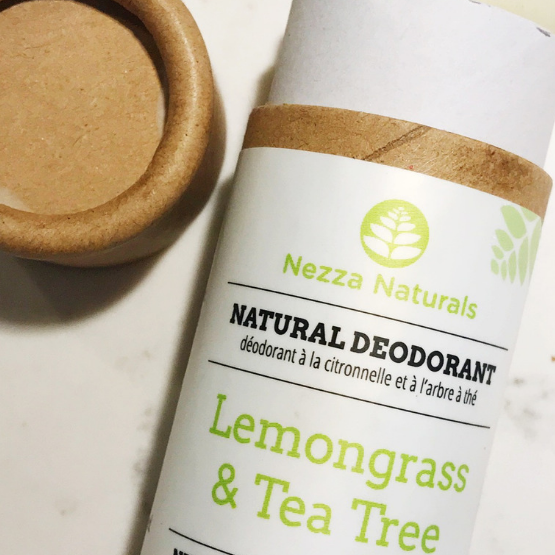 There are common ingredients in natural deodorants, and they all serve a purpose. These elements include:

You should look for brands that use sustainably-sourced organic ingredients. Be sure they are cruelty-free as well for the full eco-friendly package.

When switching from regular deodorant to natural deodorant, you should expect a detox phase. This can last a couple of weeks or maybe even a month, as everyone is different. As you shift away from your usual antiperspirant, you might notice you are emitting a stronger odour than you’d like. But trust the process.

To help with the application, many people like to store their natural deodorant in the fridge. This keeps the oils solidified, and it helps the deodorant go on more smoothly. If you find you are still sweating excessively, try applying some starch powder like arrowroot after your natural deodorant. This extra bit can help soak up excess wetness during detox time or on extra-hot days.

Once you get through this period, you’ll never look back. 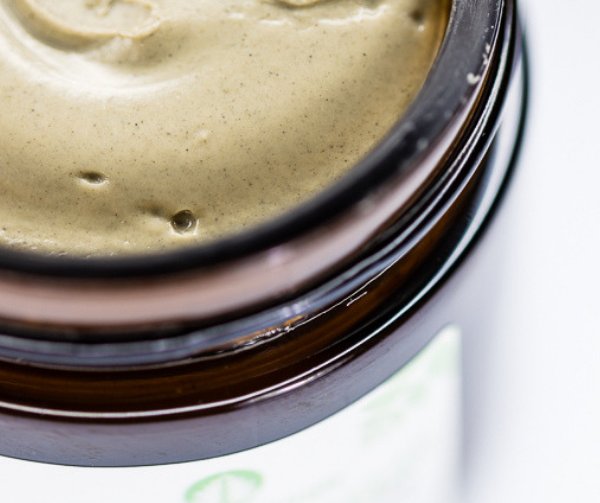 Make a Natural Deodorant At Home

Many people find that homemade natural deodorants work just as well as store-bought alternatives. If you prefer more control over ingredients and ratios, give this a try!

Instead of making your own natural deodorant or spending days scouring the internet for options, consider Nezza Naturals as your go-to source for organic, sustainably sourced, and natural deodorants.

From creams to sticks, choose from a variety of scents, including: 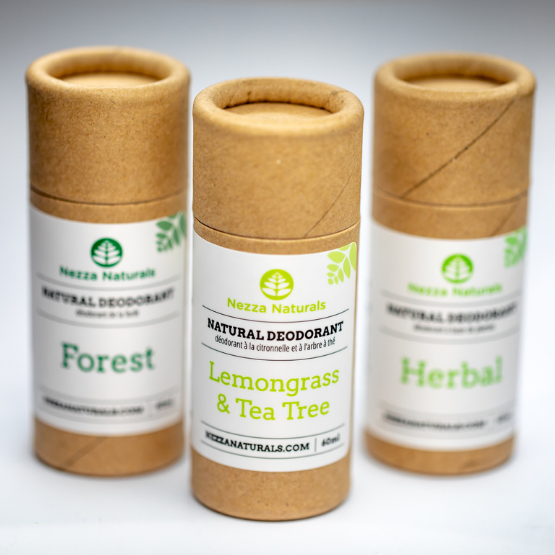 All these choices are free from all questionable ingredients, such as aluminum, synthetic fragrances, and parabens, keeping your underarms healthy and natural.

Check out our site for more inspiration!

Sign up to get the latest on sales, new releases and more…

Want the latest from Nezza Naturals?

Sign up for our newsletter to get early access to Nezza news, and 10% off your first order! Let's discover natural beauty, together.